Even after a sharp rally on Friday, the US stock markets ended mixed, with the Dow (-2.7%), NASDAQ (+0.6%), and S&P 500 (-0.7%).  Outperformance by th NASDAQ was due to strength in the technology sector.  Meanwhile, taxable bonds increased by a modest 0.1%, while tax-free municipal bonds continued their recent rally, gaining about 0.5%.

There was a mixed bag of economic news last week.  On the negative side, retail sales in December fell by 1.1% from November, and down from the prior year after excluding inflation.  Industrial production, capital utilization, and the Empire State manufacturing index also fell in December, as well as housing starts and building permits, the latter two of which are forward-looking indicators of the economy.  On a positive note, the Producer Price Index (PPI – another measure of inflation) fell 0.5% from November, and compared to the prior year, fell from 7.2% to 6.5%.  Those lower numbers came as a surprise to economists, allowing the market to rebound sharply on Friday.

In other economic news, corporate earnings season has just started, with 11% of the S&P 500 companies already reporting.  Thus far, earnings have been a little disappointing, as the beat rate for earnings and revenue are both coming in below their 5-year averages.  The earnings growth rate has been -4.6% on 3.5% revenue growth.  This represents the 6th quarter in a row of net margin compression.  For 2023 overall, the consensus earnings growth rate has been significantly cut from 5.0% to 2.8%.

The 800-pound gorilla (inflation and the Fed’s response) still has not left the room, but it’s beginning to show signs of movement.  Over the past few months, inflation numbers have been decreasing, and the economy has been showing signs of slowing.  In other words, the Fed’s program of raising interest rates is showing its impact on the economy and corporate earnings.  The interest rate hikes have had little impact on the job market, and as noted in a previous recap, the job market represents 55% of the CPI inflation measure.  So, the question is whether these data are enough for the Fed to “pivot”, or stop raising rates.  More recently, the expectation of the interest rate increase by the Fed next Wednesday has gone from 0.5% to 0.25%.  While I may be considered a contrarian on this, I could easily see the Fed raising it by 0.5%.  After all, while the inflation numbers have been decreasing nicely, they are still a long way from the Fed’s target of 2% and the job market remains very strong.  That said, if the Fed raises rates by 0.5% next week, that could have a big and unfavorable impact on both the stock and bond markets.  For that reason, I am hoping the Fed doesn’t surprise us next week with a 0.5% rate hike.

Content in this material is for general information only and not intended to provide specific advice or recommendations for any individual. All performance referenced is historical and is no guarantee of future results. All indices are unmanaged and may not be invested into directly.

The economic forecasts set forth in this material may not develop as predicted and there can be no guarantee that strategies promoted will be successful. 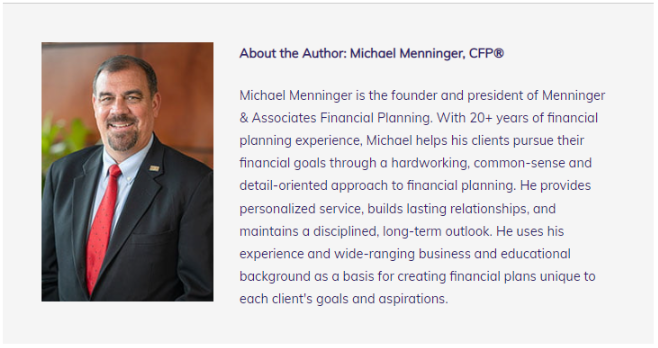